The Ravages of War 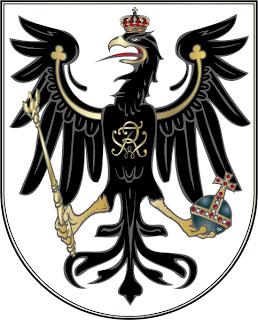 For months, the name William Henry Pellman seemed like little more than a genealogical dead-end. Family records indicated that he had been born in 1827, but not where he had been born. There were records on Ancestry.com of at least a dozen Pellmans born around 1800, any one of whom might have been William Henry’s father, but no documents linking him to any of them. There were also hints that he might have been a descendent of some of the Pennsylvania “Dutch” Pellmans or Amish Pellmans, but again no documentation. We even found some speculation that his parents – or at least his father – had been one of thousands of Hessians who had fought on the side of England during the American Revolution.

After countless hours chasing unproductive leads, I finally gave up on finding the parents of William Henry Pellman and moved on to easier lines of research. As if to mock me for my impatience, two significant documents came into my possession within a couple of weeks of my giving up on William Henry Pellman. One was a copy of the book, Four Trails to Texas by Walter L. Robertson, the other was a copy of some research done by other descendents of William Henry. Together, the two documents creating a moving portrait of a pioneering ancestor.

William Henry Pellman had been born Wilhelm Heinrich Pöhlman in Lűtesburg, Preussen (Prussia) on September 29, 1827. His early life was that of a lowly tenant farmer in the Prussian feudal system. He was not yet 21 when he joined in the March Revolution of 1848 and fought for a parliamentary form of government in the German Confederation. For the next three years he fought in the First War of Schlesswig. His earnings as a soldier and a brief lull in the hostilities gave him a chance to board the ship Harvest in late 1852 bound for the U.S.

When he arrived in Baltimore Harbor on December 14, 1852, William Henry was young and strong, and had just arrived in the Land of Opportunity. He must surely have believed that his days of warfare and tenant farming were behind him. Sadly, this was not to be the case.
Overnight, Wilhelm Heinrich Pöhlman, Prussian tenant farmer and soldier became William Henry Pellman, American pioneer. We don’t know what course his life took during the next five years that led him down the Ohio River to finally settle in Aurora, Indiana. But during this time, he met and married his wife, Elise Meier, and they had their first child. They next appear on the 1860 federal census as a tenant farmer on the property of James and Adda Gould in Aurora. And just a year later, he would be embroiled in another civil war.

Shortly after the outbreak of hostilities in April, 1861, William Henry Pellman joined the 45th Indiana Volunteers, a unit that was later reorganized as the 3rd Indiana Regiment, where he served for the next two years in the U.S. Civil War. Nine months after his return from the war, his daughter, Maria Louisa (“Louise”) was born. The Pellmans remained as share-croppers in Indiana until mid-1868, when they moved to Farley, Missouri, where the majority of Elise’s family had settled. Surely, their move was motivated in part by the hope of achieving more than just being tenant farmers. His children recalled that he had often stated that his dream was to “someday own a place of my own.”

Missouri proved to be a land of both joy and heartbreak for William and Elise. William was one of 13 men who founded the Lutheran Church in Farley, and it is said that he loved that church. He and Elise had four more children in Farley between 1868 and 1875. But William remained a share-cropper during his entire stay in Missouri. The winters of 1888 and 1889 were particularly cold and bitter, and took a terrible toll on the Pellman family. Louise died of pneumonia in February, 1888. In 1889, both Elise and their daughter Lizzie also succumbed to pneumonia.

In the aftermath of these tragic losses, the first Oklahoma Land Run of 1889 must have sparked William’s imagination with the possibility of finally owning land of his own. As additional land runs were announced in subsequent years, the allure must have steadily grown stronger. In late 1892, William – now 65 years old – set off for Oklahoma with his youngest sons, John and Guss. At high noon on April 16, 1893, William Henry, John, and Guss Pellman were lined up with an estimated 100,000 other dream-filled or desperate contenders for the 40,000 available tracts of Oklahoma land being offered in the Cherokee Strip Land Run -- the most dramatic pursuit of land in American history!
The exact details have long been forgotten, but it is likely that the Pellmans were ill prepared for this adventure. The going price for land was only about $10 per acre, so the fact that William Henry was racing for land instead of buying it suggests that he could not scrape together the price of a fast horse -- and certainly not the price of a team of fast horses to pull the family wagon. They found themselves pitted against men who had invested everything they had in sturdy wagons and fast horses for the race, as well as rifles to defend the land they claimed -- or in some cases to drive others off their rightful claims. And they probably weren't prepared to deal with men who were willing to cheat or kill for a scrap of land, like the "Sooners" who hid out in the prairie and stole the claims of many honest contenders. We will never know whether the Pellmans fell victim to Sooners, a broken wheel, if their wagon was just too slow, or if -- at age 66 -- William Henry was just too old for the rigors of the race. We know only that the Pellmans were not successful in staking a claim in the great Cherokee Strip Land Run.
William Henry Pellman, a man who had lived through five years of fighting in two civil wars and endured the hardships of tenant farming for over 50 years, would never fulfill his long-held dream of owning a piece of the Land of Opportunity. Nevertheless, he lived a life that exemplified faith, courage, perseverence, and fortitude in the face of daunting hardship -- a legacy I would be proud to live up to!
Despite his failure to obtain a homestead, William Henry lived out the rest of his days in the Oklahoma Territory. Following the Cherokee Strip Land Run, he and his sons, John and Guss settled in Kay County, Oklahoma. William Henry died in 1901 and is buried in the Oak Grove Cemetery in Ponca City.
Posted by Len at 3:11 PM