It's CARE Not CUR! 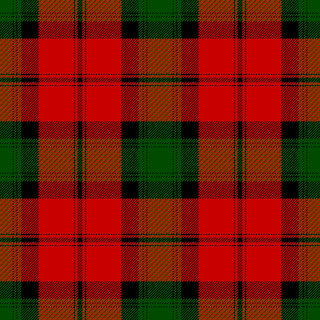 As far as I’m concerned, anyone who pronounces Kerr as “cur” is hurling me an insult and just begging for a beat-down! My maternal grandmother was Winnifred Violet Kerr, and as any Scot will tell you, it’s pronounced “CARE” with a considerable trilling of the r. If you pronounce it “car” then I know you’re English, nae a Scot!

The Kerrs originated as one of the border clans. The name most likely originates from the Nordic kjerr which means marsh-dweller, or possibly Scots Gaelic caerr (left-handed). A 1972 study by the British Journal of Medicine found that 30% of Kerrs are left-handed. Ferniehirst Castle and several other Kerr dwellings were built specifically to accommodate left-handed people. The most notable feature at Ferniehirst is that its spiral staircases wind in the opposite direction of most to give an advantage to left-handed defenders. Is it merely coincidence, then, that I was born with a preference for my left hand? My grandfather converted me to right-handedness when I was four or five so I could use his hand-me-down golf clubs. As a result, I am nearly ambidextrous.

Clan Kerr as it’s now known originated with two brothers, Ralph and John Ker, who settled in Jedburgh around 1330 AD. They and their descendents quickly rose to prominence by seizing and controlling, through sheer strength and cunning, two strategically located castles on the English border – Jedburgh and Roxburgh -- and defending them ferociously against any incursion from the south. They also developed a predilection for slipping across the border regularly supplement their diet with some prime English beef or to add a few English horses to their stock, for which they become known (infamous might be the better word) as “border reivers.” By the close of the 14th century Clan Kerr were important vassals of the Scottish Crown. Their loyalty and service was rewarded with the barony of Old Roxburgh, the barony of Cessford, and the barony of Oxnam in rapid succession.

Of the tenacious and warlike nature of Clan Kerr, the Scottish poet, Walter Laidlaw wrote in The Reprisal:

“So well the Kerrs their left hands ply
The dead and dying around them lie
The castle gained, the battle won
The revenge and slaughter now begun”

After the English destroyed Jedburgh Castle, the Kerrs constructed Ferniehirst Castle in 1470, which they have occupied almost continuously to the present time. Ferniehirst is now the official seat of Lord Michael (Ancram) Kerr, 13th Marquess of Lothian.

The Kerrs became so trusted and depended upon that at the Battle of Flodden Field in 1513, Sir Andrew Kerr stood beside King James IV of Scotland directing his troops. In 1526 Sir Andrew Kerr was killed in battle defending King James V when his royal procession was ambushed on its way to Edinburgh. In 1606, Mark Kerr was created Earl of Lothian and several additional titles were bestowed on the Clan throughout the 17th century, including Lord Jedburgh, Earl of Ancram, and Earl of Roxburgh. In 1707, following their support of the Treaty of Union between England and Scotland, the Earls of Lothian were advanced to the rank of Marquess.

The Kerr clan motto, “Sero Sed Serio” (“Late, but in Earnest”) originated at the Battle of Ancrum Moor, near Jedburgh, in 1545. The clan had been hired as mercenaries by the English in a campaign against the Scots that King Henry VIII was using to force a marriage between the infant Mary Queen of Scots and his son, Edward. The English held the Kerr cavalrymen in reserve, behind their encampment, waiting to deploy them where their battle lines seemed to weaken or when an opportunity to overwhelm the Scots presented itself. At one point in the battle, a small Scottish force attacked the main English line, then retreated in the face of overwhelming numbers. The English forces pursued the fleeing Scots over Palace Hill and down the far side, where the entire remainder of the Scottish army was waiting in ambush. As the English ranks began to break and commanders attempted to rally them, clan Kerr tore off the red crosses that identified them as English allies and attacked from the rear, ensuring the Scottish victory. Thus, they engaged the battle late, but in earnest.

I’ve made two trips to Scotland and met several of my Scottish kinfolk, most of whom have since passed on. I’m extremely proud of my Scottish heritage, and I am determined to discover how my grandmother, Winnifred Violet Kerr, great-grandfather, the Rev. John Kerr, and great-great-grandfather, David Kerr are related to the rest of Clan Kerr. Because records of common births, marriages, and deaths are so difficult to locate, it is proving to be a long and arduous task, but one well worth pursuing.
Posted by Len at 9:39 AM