Blame It on Google! 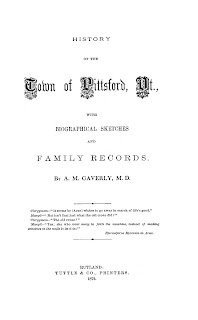 On July 4th I wrote of my Revolutionary War hero ancestor, Stephen Jenner. It was the discovery that we had at least one ancestor who had fought in the American Revolution that truly sparked my interest in genealogy. Up to that point my interest had been more of a stubborn curiosity than a deeply rooted interest. I hate leaving loose ends, so I wanted to finish the project my daughter and I had started and discover who my immigrant ancestors had been and how and when they had come to America, even though the project itself had been submitted and graded months earlier.

In the earliest days of my research, my two main tools were Ancestry.com and Google. Each is a search engine with unique characteristics. Google searches a massive hodgepodge database consisting of every imaginable type of document or image, while the Ancestry.com database is limited to records directly related to genealogy. Both typically return hundreds or thousands of "hits" on a given name search, the majority of which are non-productive. So, one of the first lessons I learned in online genealogical research is how to narrow a search to produce fewer, but more relevant, search results. One of the simplest ways is to include the names of related family members with the target person's name to produce only the records of the target person or those with amazing coincidences. It was in performing such a search on Stephen Jenner that I made one of my most meaningful discoveries to date.

I had searched on Stephen Jenner plus his wife, Mary (Kirkham) Jenner, and eldest son, Timothy Jenner. This narrowed the search results only to those documents that contained all three of these names and thereby eliminated many Stephen Jenners to whom I am not related. One of the URLs listed within the first couple of pages on Google was link to a Google Book entitled, History of the Town of Pittsford, Vt., With Biographical Sketches and Family Records, by A. M. Caverly, MD. This book, written in 1872 by Dr. Caverly, who was then the town historian of Pittsford, had been out of print for over 100 years and was obscure even in its heyday. But, thanks to the miracle of Google Books -- a project to scan and archive millions of out-of-print books that began in 2005 -- it was now readily available and searchable online!

And in it I found the story of Stephen Jenner that I related in my post on July 4th.

The "Caverly," as I later learned genealogists refer to the book, is one of hundreds of similar local histories that were written by town historians all over the U.S. in the mid-19th century to memorialize the origins of their towns and the actions of the towns' founders. Each is a treasure-trove of vital information about the early settlers and prominent citizens of American towns and cities. The "Caverly" records that Stephen Jenner was one of the earliest settlers of Pittsford, Vermont. He arrived there with his new wife, Mary, in 1774, just five years after the town was first settled, with several other young families from Woodbury, Connecticut. The following year their first child, Timothy (my great-great-great-great-grandfather) was born there. After the war, he built one of the town's first sawmills, and by all accounts was a pillar of the budding community.

For the first time in my life history was something more than just a list of faceless names, places, and dates in a boring textbook. It was personal. It was family. The realization that my own ancestors had suffered and risked their lives to create our nation made history come alive for me in a way I had never appreciated before! And suddenly the issues in the 2008 election came into startlingly clear focus for me: politicians were making promises about whether to prop up or to tear down the principles and institutions that my ancestors had risked their lives to create and pass on to us.

This one discovery caused me to re-evaluate practically every political opinion I held. In addition, that single discovery ignited in me a desire to learn everything I could about the members of my own family who had risked and suffered -- and dared -- to create the country in which I live!

So, if you're tired of listening to me prattle on about my ancestors these days, don't blame me. Blame Google!
Posted by Len at 1:29 PM