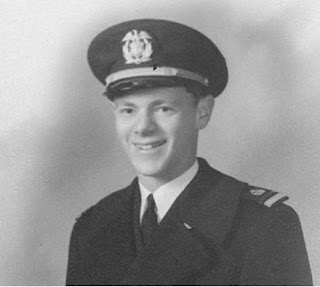 This wasn't the entry I had originally intended to upload today. But, as I was reviewing my previous postings I was struck by how much all of them owed to my cousin, Al Hadad. So, forgive me for altering my plans a bit and allow me to pay a long-overdue tribute to a man who had been inspiring my genealogical research even before I began it.

Alexander S. Hadad was born in Toronto, Ontario, Canada in 1922. His father, Lewis Raymond (Ramon) Hadad had been born in 1889 in Petah Tikva, Ottoman Palestine. I don't know the whole story yet, but I'm guessing that Ramon Hadad left Palestine in the aftermath of World War I and the end of Ottoman rule over Palestine. With Palestine in British hands, it probably made immigration to Canada both feasible and desireable. Shortly thereafter, he met and married Mollie Trackman, who had recently immigrated from Zhitomir, Russia. In 1922 they had a son and named him Alexander Sanders Hadad.

I don't know much about Al's early life. What I know of him -- what he talked about most when I was around -- were the events following the bombing of Pearl Harbor. No sooner had the U.S. been dragged into the Second World War then Al joined the Merchant Marine as a radio operator. Now, "Merchant Marine" isn't technically supposed to be capitalized. But, once I came to know the heroic deeds of the Merchant Marine I began capitalizing it out of respect for all those who have served in it. You see, merchant mariners are not considered "veterans" of the wars in which they served, because they were not actually members of the armed forces. But, they took the same risks as any other mariner. Almost one out of every 25 Merchant Marine vessels was sunk by enemy fire during World War II, but the brave mariners who served in that armada are not "veterans" of the war.

After serving four years, Al returned stateside. In 1946, he married Marian Adele Jewett. Marian is the daughter of Ralph Jewett and Margaret Pellman -- so that's when Al became a member of my family. He was again serving in the Merchant Marine in the Korean War when I was born, so I have known him all my life.

After the Korean War, Al went to work for Trans-World Airways (TWA) as a flight radio officer. After a few years in the cockpit, he joined Philco-Ford Aerospace, working in its military space division until he retired in 1985. I don't know what his academic background was, but I do know that he was a brilliant mind, fascinated by the world around him and enjoying every moment he spent in it. He brightened any room he entered with his presence. Like Wil Rogers, he never seemed to meet anyone he didn't like and I can't imagine that anyone didn't like him in return. He was fun to be around, could carry a conversation on practically any topic without dominating it, and always saw the bright and hopeful side of things.

He would often announce his arrival with a shout of "Hey, Dad! The Hadad's are here!" pronouncing Hadad as "HAY-dad" rather than the Middle Eastern "haw-DAWD." From then until the moment he left, life was a party. And all the while you were in his presence you were engaged in a sparkling give-and-take conversation in which he would regale you with tales of his latest exploits and those of his children and elicit from you your most recent adventures. The whole time, his beaming, toothy smile and bright eyes never left you for a second, and you knew you were talking to a man who genuinely cared about you and every detail of your life. Simply put, he made you feel important.

For all the years I knew him, Al had a fascination with genealogy. During those years, he compiled a vast amount of information on the Pellman family and all the families connected to it. In the first six months of my research, 90 percent of my information came from the vast storehouse Al had passed on to me long before I showed the slightest interest in it. But, Al was far more than merely a repository of names, dates, and places. He was fascinated by -- and a master of telling -- the stories of people's lives. He understood, long before the same realization came to me, that genealogy is not simply a collection of facts about ancestors. It is the story of how we came to be the people we are -- the personalities, ideals, and events that have shaped us.

Sadly, I believe Al went to his grave never realizing how profoundly he had influenced my eventual interest and research. It was less than a year before his passing that my interest in genealogy truly blossomed, and by the time I had learned much beyond what he had provided me, he had grown ill and was no longer able to check his email, so I was never able to share it with him.

I launched this blog as a tribute to my ancestors and a way of expressing my appreciation for how they paved the way for my life decades, even centuries, before I was born. So it seems entirely fitting that one of my earliest postings should be a tribute to the man who, more than any other, inspired me to learn about my family and its multi-layered, multifaceted story. My closing tribute to him is inspired by his other lifelong hobby: ham radio. The caption beneath his photo includes a line of dots and dashes which are a play on words that ham radio operators and Morse code users will clearly understand. I'll end this message with the translation. If you don't know Morse prosigns it won't mean anything to you, but I know Al will understand, and that's who I'm writing it for.