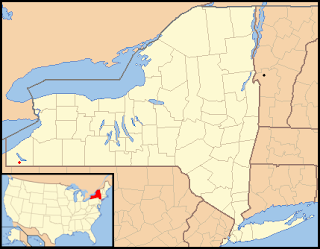 The town of Harmony is located in Chautauqua County in the southwestern corner of New York state (see red dot on the map at left). It is a tranquil rural community of about 2,000 people with a growing reputation for producing some of the finest maple syrup in the country. The earliest settlers began arriving in 1809, and the town was incorporated in 1816, at which time it was on the western frontier of the newly created United States of America.