The Thrill of Genealogy! 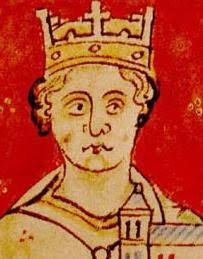 I can almost hear some of you gasping right now. “The thrill of genealogy?!” you are crying out in disbelief, “Genealogy has to be about as exciting as watching paint dry!”

If you feel that way, I would guess that you’ve never actually done much genealogical research – at least not to the point of making any meaningful discovery. Frankly, until I became an “accidental genealogist” I felt exactly the same way. I really couldn’t understand what my cousin, Al Hadad, or other genealogy-bugs I knew saw in tracking down the names of their dead ancestors. And I certainly couldn't picture myself devoting several hours a week to ancestral research.

It took a couple of months of research before my excitement began to develop, but now I have experienced three distinct kinds of excitement in genealogy. And it was these experiences that led me to blog about it, hoping that others would catch my enthusiasm and enjoy similar experiences themselves.

The first type of excitement I experienced was what I will call “the excitement of accomplishment.” This occurred a couple of months into my research the first time I found – and conclusively confirmed – a “missing link” in my ancestry. When weeks of hitting dead-ends or erroneous information are finally redeemed by learning the identity of a previously unknown ancestor, there is a rush of excitement equivalent to scoring a touchdown or winning a race – the joy of effort duly rewarded. As time has passed I’ve found that the greater the effort and the more time invested in the search, the greater the feeling when it is finally rewarded.

The next form of excitement I experienced is what I now call “the thrill of discovery.” For me, it has been a distinctly different feeling than the excitement of accomplishment. Perhaps the best way of describing it is through example. My first experience of this emotion was at the discovery that my 5th great-grandfather, Stephen Jenner, had served in the American Revolution after his family had been forced to flee the approaching British Army in the dead of night. As I read of their experience in The History of Pittsford, Vt. I could almost feel the fear and grief Stephen must have felt as he led his family in the darkness of a July night in 1777 and it brought me to tears. But it was also a moment of exhilaration in the discovery that my own ancestors had actively participated in the creation of our nation -- for me the equivalent of digging up an artifact on an expedition with Indiana Jones! Now I experience a similar excitement each time I discover a significant accomplishment or travail of one of my ancestors.

The third type of excitement came much later in my genealogical journey and, although it is the least important and meaningful of the three, it is still an excitement I do feel and enjoy. I call it the “excitement of celebrity” and it comes from discovering that you are descended from someone truly famous. As I have previously blogged, I had been told since childhood that I was a descendant of Dr. Edward Jenner, the creator of smallpox vaccine. So it was no small disappointment when my own research proved this tale to be false. It was at least a year later before I discovered that I had ancestors of equal or greater fame and accomplishment. The first of these I found while tracing my Jenner (maternal grandmother’s) line back seven generations to the Baldwin line, then another seven generations to Dormer, three more generations to fitzAlan, the Earls of Arundel, six additional generations to de Mortimer, and three more generations to Gwladus Ddu ferch Llywelyn, whose mother was Joan Plantagenet, Lady of Wales, an illegitimate daughter of John “Lackland” Plantagenet, King of England and Lord of Ireland [pictured at top], better known as “Wicked King John” the arch-enemy (in fiction only) of beloved Robin Hood and much-despised rival of his brother, Richard the Lionheart.

Not only had I discovered that I was descended from one of the most (in)famous of all British monarchs, but I made the discovery the same day that I received a complaint from my ex-wife that my daughter was “acting like she thinks she is a princess”! My reply that she is, in fact, a descendant of royalty did not meet with immediate pleasure, but has since (with my daughter’s improved behavior) been accepted with the humour I originally intended.

I have since made many similar discoveries, learning that I am descended also from Eleanor d’Aquitaine, Charlemagne, Charles “le Martel” de Poitiers, and countless others of great fame and accomplishment from medieval times. Each such discovery brings its own unique twinge of excitement, despite my knowing that hundreds of millions of others are also descended from these celebrities.
So, if you have not yet delved into your family history and folklore, I urge you to do so. Otherwise, you will never know what sort of excitement awaits you!
Posted by Len at 1:52 PM